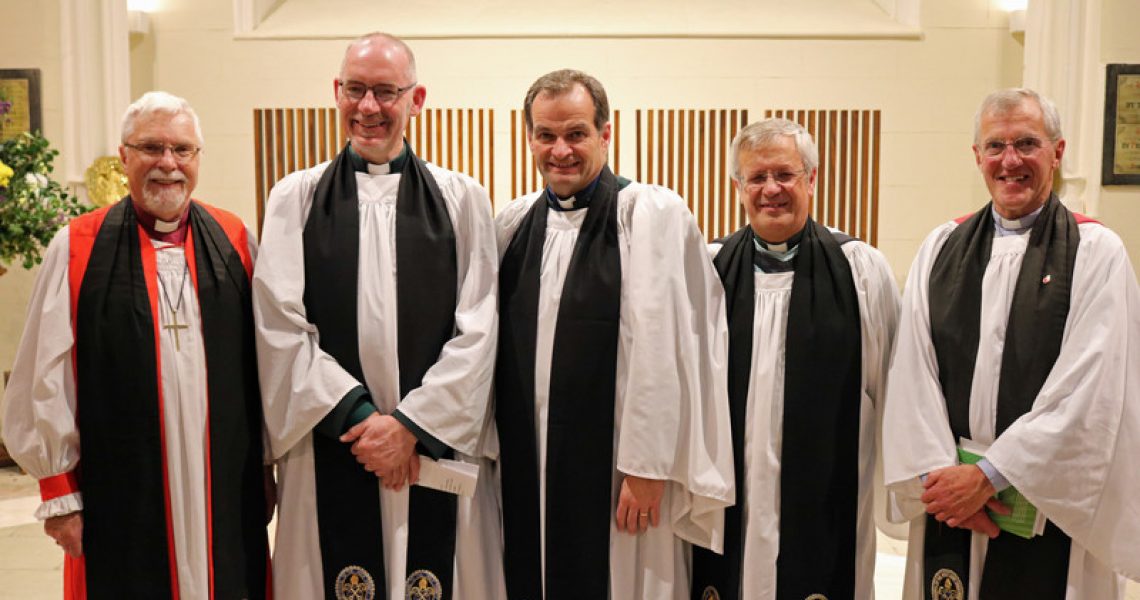 The Dean of Down, The Very Revd Henry Hull, has installed Revd Bryan Follis (rector of Hillsborough) and Revd Chris Matchett (rector of Newtownards), as canons in Down Cathedral.

As well as welcoming Chris and Bryan to the Cathedral Chapter, Dean Hull said: “I’m particularly delighted that we have the Choir of St Mark’s, Newtownards here supporting their rector and taking part in the service. We’re also renewing the Cathedral’s long association with Hillsborough Parish through Bryan and of course by having the former rector and Dean of Down, the Very Revd John Dinnen, as our preacher.”

After the service, family, friends, parishioners and supporters enjoyed a reception in the Cathedral narthex.

Click here to see a photo gallery of the evening.

Bryan Follis became rector of Hillsborough in 2014, prior to which he spent 13 years as rector of All Saints’ Church, near Queen’s University Belfast. He has also written two academic books along with a number of booklets aimed at the ‘person in the pew’.

A civil servant before his ordination in 1998, Bryan is married to Eleanor, who works part–time as a community midwife in Belfast, and they have two daughters.

Chris Matchett is a native of Londonderry, and worked as an accountant before training for ordination. He met his wife, Ali, whilst at Theological College and they have three children.

Chris was also ordained in 1998 and served two curacies in Down and Dromore before returning to the Diocese as rector of Newtownards in 2011. This followed  more than 7 years as rector of Magheracross in Clogher Diocese.