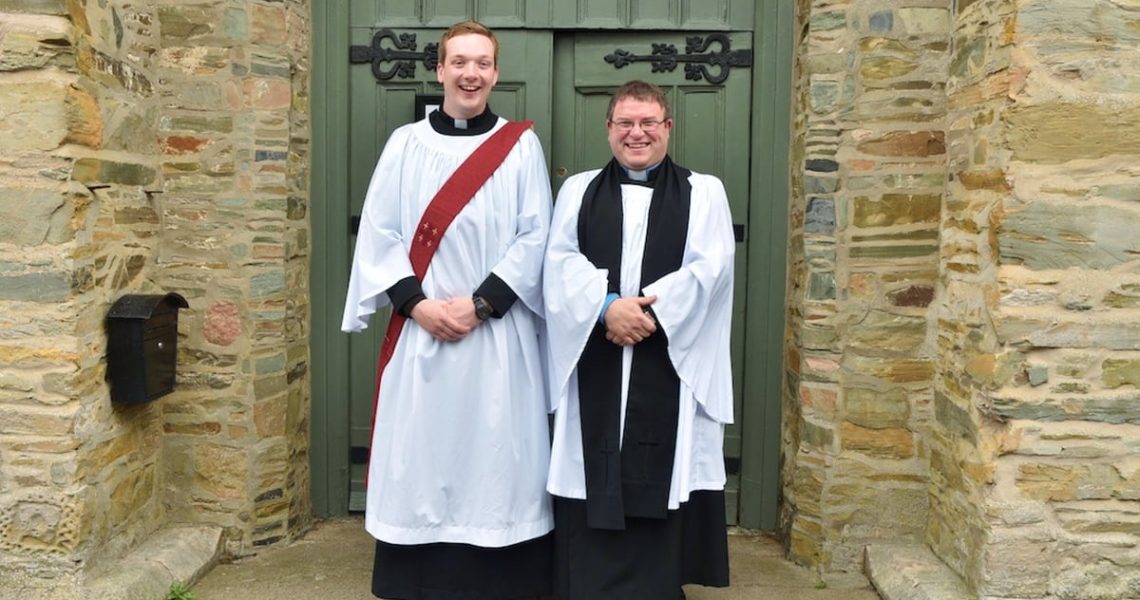 The service took place here in Down Cathedral on Sunday 25 August and the preacher was Mr Alan Wilson. Also participating were Bishop Moses Zungu (Maridi) and Bishop Mouneer Anis (Egypt).

Congratulations to Revd Rodney and Revd Iain who share their journeys to ordination below.

With the example and encouragement of my parents, church has been a part of my life since childhood. I also heard the Christian message at school.

I got involved in the Church of Ireland through friends made at Scripture Union meetings at Wallace High School. My faith became more real in my mind at this time and I realised my need for Jesus in all that I did. As I grew deeper in his love, I began to sense a call to share this with others. I didn’t really know what that would look like, but I knew I was called to surrender all to him.

I prayed that prayer and I began to sense over time that I was called to full time ministry. I had developed a love of the prayer book and the Church of Ireland as it had become my home.

I went on a team to Beaver Cross in our link diocese in Albany and I felt during this time that my call was being identified by others. My heart was broken by the lack of knowledge of the Bible and the saving work of the person of Christ and I sensed that apostolic call to make disciples of all nations, baptising, and teaching.

So, I studied theology, made mistakes, grew and worked in industry as well as doing an internship at Willowfield and helping as a youth volunteer at Moira Parish and LOGIC.

Throughout, I grew more and more aware of his grace at work  – that is, Jesus doing in us what we cannot do in ourselves and using us even though he doesn’t need us.

And here I am surrendering to that grace in ordination and praying that he might be glorified in all.

This has been a long time coming! Back in February 2001, I first mentioned the idea of ordination to my Rector at the time, and some eighteen and a half years later I am ordained.

My whole life has revolved around my home parish of Drumgath (St. John’s) Church, Rathfriland.  I was baptised there in 1977 and confirmed in our sister parish of Drumgooland (Ballyward) in 1991.

Having been brought up in a Christian family home, church played a major role within my life.  I was taken to Sunday School, Church, Boys Brigade (Presbyterian Church) and the Youth Club every week, even though at times I was not very keen, but I’m thankful that my parents sent me.

I have held a number of roles within the church down the years which have all given me much experience.

My biggest worry about the training was the academic side.  From not having a primary degree and having left formal education over twenty years before, I was really concerned if I could cope.  But thanks to the prayer support and encouragement of family, friends and church members and importantly by the will of God, I have managed to get to this stage.

Life in college has been very interesting and the support of fellow students and tutors has been a real encouragement to me.

I am looking forward to my time in Belvoir Parish, a parish that is very different to what I am used to at home.  Meeting new people will be great and it might also be a challenge for them as they try and get used to me.

A verse that has meant very much to me, especially during this past few years comes from Jeremiah 29:11: “For I know the plans I have for you, declares the Lord, plans to prosper you and not to harm you, plans to give you a hope and a future.”